9-11 and the almost meltdown of the U.S. Treasury market

It was 9-13-01. The dust and the smoke still hung heavy and the nation was mired in a fog of shock, pain, and confusion. 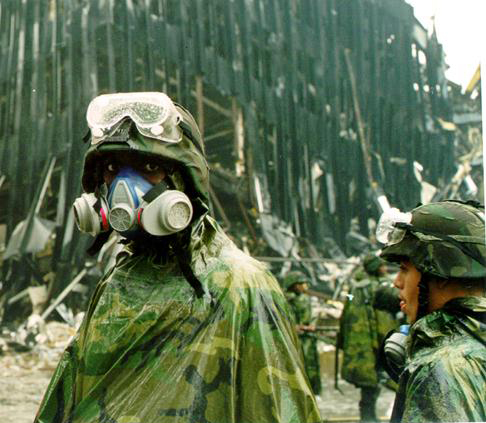 Not so, Art Certosimo, Senior Executive VP of Bank of New York (BNY, now BNY-Mellon) heading the Global Markets Group. Art is a Rutgers graduate, and currently Chairman of the Board of Advisors of Rutgers Business School (RBS), RBS Commencement Speaker in 2015, and a dear friend and frequent guest speaker of Rutgers EMBA.

Art had extricated his team painstakingly to Staten Island on 9-12, and then paid a taxi-driver 200 bucks to somehow fit six people in one tiny cab and bring them, finally, to New Jersey.

Art knew that if they could not get a massive fiber-optic cable from the temporary base in New Jersey to the data center in New York City, the US Treasury market would be in meltdown mode, ultimately resulting in the possible demise of the credibility of US sovereign debt. (Please keep in mind that BNY-Mellon is a major player in the US Treasury market.) Art and Tom Renyi, CEO of BNY (another Rutgers graduate, and dear friend of RBS and REMBA) had a conference with Colin Powell, Donald Rumsfeld, Dick Cheney and a host of 4- and 5-star generals, and explained to them that this was “priority #1” for that day, 9-12.

The next morning, 9-13, Art, finally catching some shut-eye in the Contingency Operations where he was headquartered, was shaken awake by a deafening, earth-shaking rumble – the room was actually shaking. Outside, he was confronted by the largest truck that he ever saw, carrying a giant spool of cable, followed by a tiny ATT truck with a cable engineer. They then proceeded to roll the cable over the highways, over the George Washington Bridge (right on the surface!) and then connect it to the New York side, and voila, the US Treasury market was saved with just hours to spare.

Listening to this story in Rutgers EMBA class was our Ben Downing, graduate of our highly regarded MiniMBA Business Management for Military and Veterans. Ben is in the US Army, and on 9-11, he was assigned to the 101st Signal Battalion. On 9-11 Ben was at his civilian job in Teterboro, NJ, as a Network Technician for Sprint and was operating out of the main wireless network switch for New Jersey and Staten Island. The manager announced that the first plane had hit the towers. Upon hearing that the second plane had also hit, Ben needed no orders—he knew what was going on. Jumping into his vehicle where he always kept an extra military uniform, Ben raced to beat the Hudson River crossing closures sure to be put into effect. Changing into his uniform at a gas station along the way, Ben headed directly to Ground Zero as did so many first responders.

The story Art Certosimo was recounting in class seemed eerily familiar. On 9-13, Ben, was indeed assigned to a unit of National Guardsmen tasked to drive an assortment of communications equipment deemed “very high priority” to various key locations in the city. During the turmoil and fast pace of the multiple operations taking place, Ben was focused only with completing the missions that were assigned to him. At the time the task assigned to him was just one of the many opportunistic/impromptu assignments Ben and other soldiers were completing at Ground Zero and throughout the city. With a spine-tingling realization, it dawned on Ben that he and Art were at two ends of the very same “highly important” cable on 9-13-01, now reunited in REMBA!

The mood in class was electric; it was an “EMBA Moment”. There was nary a dry eye in the room.

Moral of this story: More often than not, when the world begs for instinctive leadership, when rapid-fire quick-thinking is the order of the day, when “grace under pressure” has to prevail in times of great crises….Rutgers is there.

Welcome to the Powerhouse.