Hilal Atasoy, whose research focuses on information systems and data analytics, will serve as the academic partner in a broadband solutions project that has attracted funding from the National Science Foundation.

When the non-profit U.S. Ignite was looking for an academic partner to help measure the impact of providing Internet connectivity to a group of underserved communities in the U.S., they turned to Rutgers Business School professor Hilal Atasoy.

Atasoy, who is part of the accounting and information systems faculty, is now at the center of an ambitious effort fueled by a $1.9 million grant from the National Science Foundation.

“I’m really excited to be part of this project because it’s very impactful,” Atasoy said. "It’s going to affect these people’s lives in a real way.”

From a researcher’s point of view, she said, it’s almost impossible to randomly find a place that is suddenly getting technology so the impacts can be measured without having to be teased out. “This is a great opportunity because we’re the ones bringing the technology,” she said, “and we can measure the situation before and the outcomes after to make a comparison.”

Known as OVERCOME – cOnnectiVity for undERserved COMmunitiEs – the project will launch proof-of-concept efforts for deploying novel broadband technology solutions in five underserved or unserved communities across the U.S. The idea is to generate information about how community teams can effectively deploy wireless technology so that the same techniques can be used in larger scale efforts.

Update: The NSF announced in early 2021 that seven community projects were selected to participate in Project OVERCOME's proof-of-concept efforts, stretching from upstate New York and Puerto Rico to Oregon. The NSF also increased its funding to $2.25 million with $450,000 coming from Schmidt Futures to extend the geographic reach of the project.

Estimates put the number of urban residents without adequate internet access at 3.8 million. In rural areas, the number is even higher – an estimated 14.4 million. The coronavirus pandemic has made finding ways to provide broadband to everyone a national priority, according to U.S. Ignite’s project summary. 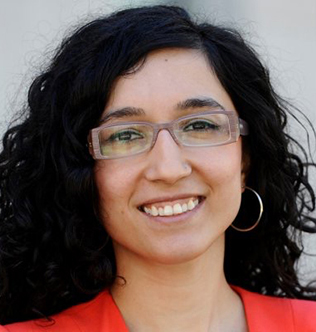 While numerous federal and state programs are currently working to subsidize build outs to address the broadband deserts, they are large-scale and long-term projects. U.S. Ignite plans a more expedited project (18 months) with a mix of technical approaches and different local and industry partners. The five communities will be a combination of rural and urban in different regions of the country.

“Internet connectivity is important, but we realize it’s even more important during this difficult time,” Atasoy said. “This will produce a lot of good data for academic projects and papers.”

Atasoy’s previous research has evaluated the impact of broadband on the local economy. This is her first project with Joseph Kochan and William Wallace, who are both from U.S. IGNITE, which is based in Washington D.C. Kochan will serve as the principal investigator on the project.